THE WAR OF THE AGES: Technophobes vs. Digital Dudes 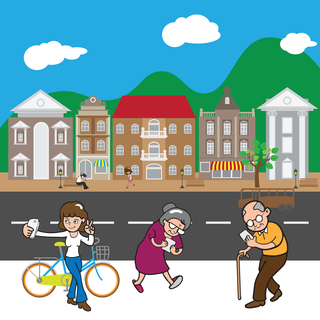 Technology intensifies the great divide between the young and old. Sometimes it even exacerbates the war of the ages. Many older people just don’t think the new technology is relevant to their lives. Many are afraid of it. They feel threatened by the proliferation of new gadgets like smart phones and tablets that make it possible to get connected and stay connected with anyone, anywhere, anytime, and all the time. The longer they resist the new technology, the more foreign and frightening it becomes.

Young people today are all Digital Dudes. They are on the move. With their smart phones, they can keep track of friends’ locations. If someone gets an idea and wants to stage a big event with little planning, all they have to do is send out text messages to everyone on their contact list and urge all within striking distance to come.  Read More
Be the first to comment