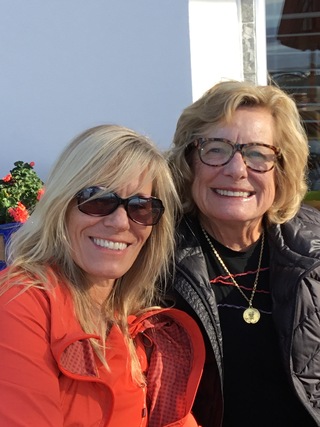 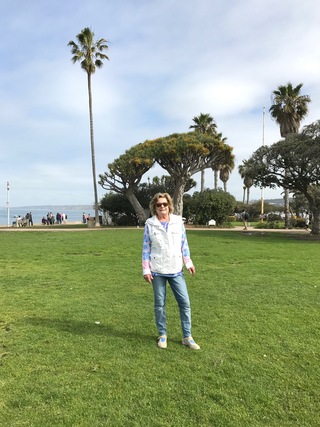 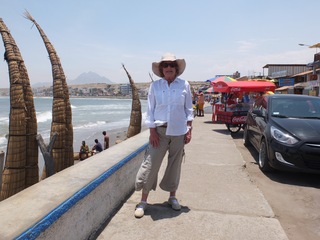 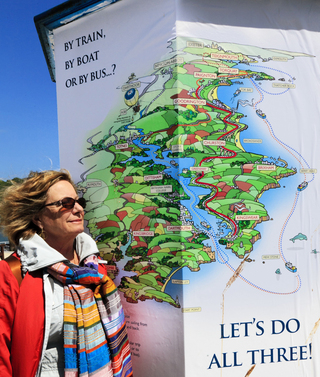 Cuming is a Scottish name that means “courage.” As a child, my father convinced me I could do anything if I put my mind to it and my energy behind it. He taught me to take on challenges that others would not attempt. Because of him, I embraced Helen Keller’s belief that “Life is an adventure or nothing at all.”

I attended Smith College, graduating with distinction with a degree in psychology in 1966. As many young women did in the sixties, I got married shortly after graduation. My husband went to business school, and I took the best paying job I could find. I became an insurance underwriter who evaluated the risks inherent in moving goods over land. I was “the female experiment.” The company wanted to see if a young woman could deal with the rough and tough brokers who were their clientele. I could and I did. In the process, I learned to march confidently down the corridors of traditionally male power.

At the same time, I learned to leverage the power of my pen. That started when the Chief Executive Officer of the insurance company discovered I could write, and began to rely on me to draft his speeches. Later, executives in other companies also relied on my ability to present their point of view to employees, stockholders and customers. I got to spend a lot time in the executive suite, and to witness first-hand both constructive maneuvers and destructive corporate power plays.

I put these insights to work when my second husband and I founded a consulting firm specializing in the non-financial variables that make or break an organization: strategy, leadership style, culture, reporting relationships, rewards and punishments.

My husband’s sudden death when I was thirty-four shook the foundations on which I had built my life. I had lost my spouse, my best friend and my business partner. I wrote about the ensuing journey in Widow’s Walk. Oprah invited me to appear on her show, then airing in Baltimore. John Forsyth interviewed me on "Good Morning America." I received a number of letters from people who had lost loved ones and wanted to thank me for telling my story. That experience reinforced my courage and belief in the power of the written word.

I turned my attention to writing about the keys to organizational effectiveness. The Power Handbook: A Strategic Guide to Organizational and Personal Effectiveness was published in 1982. Three years later, in response to my clients’ request for a more story-like presentation of my theories, I wrote Turf and other Corporate Power Plays.

The appeal of the management models presented in these books helped me build a viable consulting practice and to create a good life for myself and my two daughters, Monica and Melissa. In 1989, I married again.

My husband, an anthropologist by training, and I ran the consulting firm together until one of our clients, a major Wall Street firm, invited me to join their management team. Eager to see if my leadership models would work when really put to the test, I seized the opportunity. I spent the next eight years embroiled in a world driven, at its best, by enlightened self-interest, and, at its worst, by rampant greed.

I left Wall Street two weeks before the fall of the Twin Towers on September 11, 2001. My husband and I watched the conflagration and the implosion from the deck of our apartment overlooking the promenade in Brooklyn Heights on the other side of the East River. Daughter Melissa worked on the eighty-ninth floor of the North Tower. We feared she was dead. For a while, I was overwhelmed – frightened, cowardly and withdrawn.

Almost a decade later, my courage is intact and I am celebrating life. We live in the Pacific Northwest on a mountaintop with a view of the water. I have four grandsons, two by each daughter, and am finally free to dedicate my days to writing.

I enjoy creating characters who are courageous, resourceful and, true to human nature, embody both good and evil. Though brave and bold, my heroines are capable of creating their own worst obstacles. Though gallant, my heroes can be stubborn, narrow-minded and blind to the impact they are having on themselves and others. Regardless, they are willing to take risks even when the stakes are high and the odds are against them. They share my belief that life is an adventure or nothing at all.

Now, at the age of seventy-two, I am facing a new set of challenges as I learn to deal with emerging health problems and other demands presented by an aging body. I believe that if we are brave enough to confront our own mortality, the last part of life can present the greatest adventure of all. I wrote The HOURGLASS: Life as an Aging Mortal as part of the effort to help myself and others seize that last adventure.