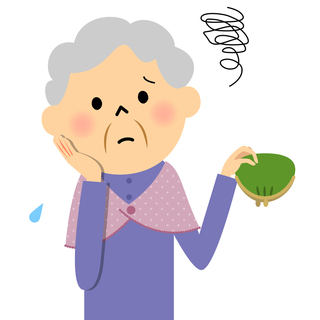 Money creates choices and maintains options. In doing so, it enables elderly people to be masters of their own destinies. Elderly people without money or assets can have a terrible time.

Think about Shakespeare’s King Lear. Lear decided to dispose of his estate while he was still alive. He assumed that the recipients of his wealth would be grateful and therefore eager to care for him until he died. He decided to gift each of his three daughters a proportion of the estate commensurate with her love for him. He failed to understand that his daughter Cordelia was expressing deep affection when she said, “I love you more than salt.” Insulted by the comparison, he gave all of his assets to the two daughters who played most effectively to his aging ego.

As soon as they got their hands on his assets, both daughters began to neglect him, and to treat him with gross disrespect. He was deprived of his guards, and then of his servants. He was denied all of his indulgences, and stripped of his dignity. He had put himself at their mercy, only to learn that they were merciless. He became enraged, but could do nothing about it. As fury and impotence took its toll on the old king, the family disintegrated. Bloody feuds erupted between the daughters and between the daughters’ husbands. In the end, they all died, alone and embittered.

The moral of the story is this: Money can give us a measure of power over others which can be important as age and illness deprives us of our physical and sometimes intellectual assets. The absence of money puts seniors at the mercy of others who may or may not act in their best interest.

Even seniors who have managed to accumulate savings can fall prey to others who seek to separate them from their hard earned funds. Often, the perpetrator is the child or the grandchild who believes that the funds are somehow rightly theirs. The other day I read a disturbing article about a thirty-eight-year-old chiropractor who had moved in with her grandparents to help care for her ailing grandfather. When the grandfather died, she continued to live with her grandmother. Trusting her granddaughter, the old woman gave her access to her bank accounts.

Over a period of twenty-two months, the grandaughter helped herself to $20,000 a month. At the age of 92, the grandmother dicovered the theft when she learned she couldn’t take money from her account because it had been depleted to just $96. $440,000 had disappeared. The shock of the betrayal was so great that the grandmother died shortly after the theft was discovered. The grandaughter was sentenced to three years in jail.

Unfortunately, this story is not unique. According to the National Adult Protective Services Association (NAPSA), “90 percent of abusers are family members or trusted others” (2014).

Money matters. In the interest of maintaining family harmony and personal dignity, we should attempt to continue to be our own keepers, and to encourage our children and our children’s children to do the same. To do that, we have to shepherd our funds, remain alert, take precautions, and perhaps even learn to say “no.”
Be the first to comment