THE WAR OF THE AGES: Chicken Little and Indiana Jones 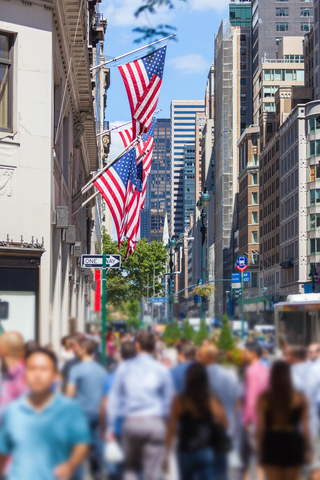 The pace and tempo of old and young are different and out of sync. Older people move more slowly than younger people. This frustrates the young and intimidates the old. Older people walk slowly because their bones are brittle, their balance is off, and they’re afraid of falling. They stop every few feet because their fibrillating heart makes them short of breath. They drive slowly because their synapses don’t fire quite as fast, cataracts are forming and their peripheral vision isn’t what it used to be. They even eat slowly. That may because they aren’t in a hurry, or because they need to chew their food more thoroughly to digest it, or because they just can’t seem to get the fork and spoon to cooperate.

In good humor, let me tell you a story about my mother and spaghetti. She loved spaghetti with meat sauce. She ordered it at every opportunity. My siblings and I tried repeatedly to teach her how to use her fork and spoon and twirl the pasta into a tight roll before attempting to put it in her mouth. She never quite got the hang of that. She persisted in attempting to pick up the pasta one piece at a time with her fork and put it daintily in her mouth. The strand of pasta would hang from the corner of her petite mouth, spewing sauce all over her chin. That made her nuts. She’d put down her fork, and carefully wipe her face with the napkin and then begin again. The meal could last for hours. We finally got to the point where we’d take her to restaurants that didn’t have spaghetti on the menu.

Our mother is not alone. Two years ago my husband and I spent a week in Boca Raton Florida where daughter lives. We discovered a beautiful and rarified city on the Atlantic Coast of Florida where the young wait in line outside the chi chi ocean front restaurants, impatient because the older clientele who got there for happy hour at four thirty are still lingering over dinner at seven thirty.

It’s a place where people taking a mid day stroll with the help of a walker or a cane are intimidated by fast moving teens on skate boards, middle-aged joggers intent on staying fit, and bikers who prefer riding on the sidewalk than on the side of the busy roads. It’s a place where you take your life in your hands when your drive on the interstate. The old folks drive too slowly, frustrating the myriad of younger drivers who compensate by driving too fast and abruptly switching lanes to avoid getting stuck behind a pokey aging driver. The rapid lane changing unnerves the older driver who responds by slowing down. It a vicious and dangerous circle rendered more dangerous by the explosive combination of the youth’s drugs and the elderly’s dementia.

A fast pace can make older people extremely nervous, and further diminish their confidence in their own ability to handle crises or to meet challenges. A vicious cycle ensues. Events that once would have been regarded as mere annoyances are now viewed as real threats. Like Chicken Little, it doesn’t take much for them to believe that the sky is falling.

When my then seventy-nine-year-old mother stayed with me in my apartment in New York, she decided to take a walk around the block while I was at work. When I got back to the apartment, the door man told me that Mom had had a very bad experience. She hadn’t ventured more than twenty feet from the entrance to the building when suddenly the sidewalks were crowded with fast walking, fast talking New Yorkers. She got disoriented, and stumbled into the wrong side of the sidewalk...the oncoming lane, so to speak. Given that she lives in Australia where people drive on the other side of the road, her mistake is understandable. Unfortunately, the busy New Yorkers didn’t understand that. One of them muttered something hostile under his breath as he passed her. Another bumped into her, looked to see that she was still standing, and then rushed on.

Afraid that she was going to be knocked down at any moment, Mom slowly made her way to the edge of the sidewalk. Closing her eyes, she clung to the side of the building. She might have remained there for a long time had the doorman not happened to see her when he came out to hail a taxi for another tenant. He guided her back into the lobby, and upstairs to my apartment. When I got home several hours later, she was still upset. I was able to persuade her to go out for dinner with me only after I promised we could travel the three blocks by cab, and not walk the streets.

That day, my mother felt like Chicken Little. She was timid, frightened and certain that the sky was falling. Accosting her with their pace, their tempo, and their impatience were the urban versions of Indiana Jones.
Be the first to comment