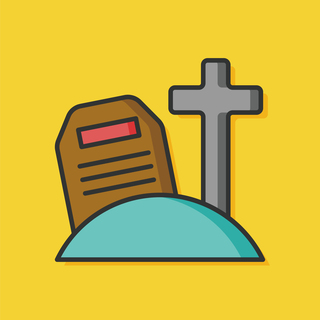 The other day I came across a blog posted by the Dana-Farber Cancer Institute. I was attracted by the smiling face and wide brown eyes of the young woman in a black graudaton cap and gown. She held a diploma in one hand and roses in the other. Her name is Tara Baysol. She was the author of the blog.

The first paragraph broke my heart: “I was diagnosed with brain cancer in 2013 at th age of 27. Just prior to my diagnosis, I had started a new, exciting chapter as a Yeale graduate student. My self-confidence was at an all-time high as I had survived my chaotic early 20s and was beginning to really figure things out. But then the symptoms arrived, and they led to a discovery that demolished everything.”

After an agonizing series of tests, surgeries, radiation and chemotherapy, Tara learned that her cancer was both incurable and untreatable. She was dying. She discovered that what whe wanted more than anything was to be able to discuss her dying openly with her family. Her mother resisted, wanting her child to remain optimistic, and to hope for a miracle cure. Tara persisted. She completed the Five Wishes form, documenting
• The person she wanted to make care decisions for her when she couldn’t.
• The kind of medical tratment she wanted or didn’t want
• How comfortable she wanted to be as she lay dying
• How she wanted people to treat her.
• What she wanted her loved ones to know and to remember about her.

She asked members of her family to complet their own Five Wishes, so their conversations would be about all of their deaths, and so that the subject of death would no longer be frightening; no longer a taboo topic to be avoided. Here is a link to the blog if you want to read more: http://blog.dana-farber.org/insight/2016/08/young-adult-finds-ways-to-discuss-death/

As a result of Tara’s insitence that her family talk openly about death, and about they way each of them wanted to die, she helped them tame the beast known as the modern hospital. helped all of them avoid falling prey to the beast known as the modern hospital. As I point out in The Hourglass, hospitals are places where technology is king, and humanity is simply the raw material on which it feeds. Its appetite is endless. Unfortunately, the “good death”—the death whereby we drift slowly out of life surrounded by loved ones in a home we cherish—is becoming increasingly rare. Two fifths of deaths now take place in hospitals where the dying are attended by doctors and nurses who do not know them as people, but only as the disease that is killing them. “The cancer patient in Room 105.” “The heart patient in room 903.”

As a result the dying feel as though they are in a hostile environment. Worse, the motivaton of these professionals who serve the beast is to keep the patient alive at all cost. They are desperate to manage the mortality statics that affect their performance rating. As an example, when my husband’s step mother was in her 90’s, her weary body aching from bed sores that refused to heal, the doctors put a pacemaker in her chest to keep her heart pumping. She finally died anyway, but after enduring months of mental and physical anguish. Her story is not unique. Had she filed an Advance Medical Directive, she would not have had to endure that agony.

I have an Advance Medical Directive on file with my attorney. My husband and my daughters know how to access a copy. It declares that if I am diagnosed with a terminal condition or in an irreversible coma, I do not want life-sustaining treatment that would only serve to “artificially prolong the process of my dying.” It authorizes the medical establishment to give me oxygen and pain medication, and to suction my air passages and transfer me to another facility, if necessary. It precludes them from giving me “artificially provided nutrition and hydration.” It states that, if possible, I should be allowed to die at home.

Advance directives enable us to decide how and when to die. The Five Wishes process does the same, and is regarded as legally binding in most states. It goes further than the Medical directives, however in specifying not just how we want the medical establishment to treat our bodies, but how we want our loved ones to treat our emotional and spiritual selves. Do I want to have people around me all the time or not? Do I want them to hold my hand and talk to me, or just sit with me? Do I want those around me to mourn my passing or to remain positive as they celebrate my life? Do I want members of my faith to visit me? To pray for me?

Finally, the Five Wishes process encourages people to begin to create an Ethical Will. Also known as Legacy Letters, these documents are a way for people to share their values, believes, philosophies, life lessons with those they leave behind. I believe the very process of writing such a document would help a person feel a sense of life’s completion.
I also believe it a way to be remembered by one’s descendants in a world where cremation and keeping the ashes in an urn or spreading them on a mountaintop or over the sea is rapidly replacing ritual of burying a body in the ground and placing a tombstone at the gravesite. In 2014,The National Funeral Directors’ Association estimated that “ by 2030, 70.6% of all consumers will choose cremation over burial, compared with the current rate of 45.1%.” In 2015, for the first time, they predicted the percentage of cremations would exceed the percentage of burials. (The NFDA Cremation and burial Report: Research, Statistics and Projections, September, 2014)

The epitaphs engraved on the tombstones used to serve as a reminder to our descendants of what we, their ancestors, had stood for in life. “She concealed her tears but shared her smiles.” “Her friendship was an inspiration, her love a blessing.” “His true wealth was in his generous heart.”

Now we need to turn to the Ethical Will, or the Legacy Letter, to help our descendants remember us. The disadvantage is our words won’t be cast in stone. The advantage is, we can say a whole lot more than could possibly be engraved on a tombstone.

My Ethical Will would begin like this….”She tried to give her children and all those she met an opportunity to feel the sense of confidence that comes with learning how to master a new challenge.” How would you start your Legacy Letter?