It's Good that We Die 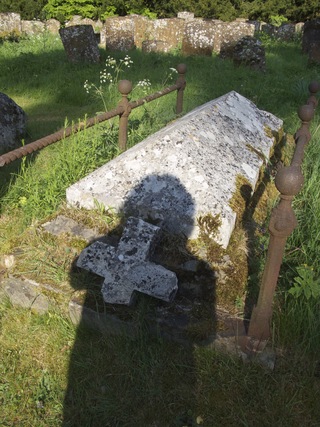 Death is a scary thing to contemplate. Images of the grim reaper are designed to terrify, not to console. It is no wonder that so many horror movies include dark cemeteries as the place where terrible things happen to good people. A belief in Heaven, or life everlasting helps mitigate against the terror, but rarely alleviates it entirely. And yet, it is good that we die.

If death were not the consequence of failing to take care of our bodies, we would become slothful and unhealthy, and spend all of eternity feeling poorly. We would be like a sick, old person condemned living in a state of decay forever. Consider T.S Eliot’s The Waste Land. The epigraph refers to the story of Sybil. She requested and was granted eternal life. Unfortunately, she forgot to ask that she be allowed to remain forever young. She aged and became decrepit. Not knowing what else to do with her, the townsfolk put her in a basket and hung her over the town square. For a thousand years, they listened to her moan, “Let me die. Please let me die.” And yet they could do nothing to help her.

As the story of Sybil illustrates, death is a release from the physical indignities that age imparts on the human body. Death is also the reality that inspires the medical research that helps us fight disease and prolong not only life, but also our quality of life in our latter years. That’s the irony of it all. Death inspires us to create not just more life, but a better life.

Death also inspires love. Many have told me that they never loved their mates more than when they learned that they would soon lose them. When we suffer from the illusion that we can forever hold onto things, and to people, then we tend to take them for granted. It is only when we accept that life is change, and that nothing is permanent do we truly value what, in this moment, is briefly ours to cherish. Death, or Thanatos, is not the opposite of love, or Eros. On the contrary, they go together, enabling and enhancing each other.

If we were immortal, immune from the shadow of death, we would have less of an impetus to create beautiful things that will live beyond ourselves. There would be fewer great paintings and sculptures if the artists thought they had forever to create. There would be fewer Pulitzer Prize winning books, and musical compositions that stir the heart and move the soul.

Many of our greatest creators have said that it was life’s challenges that inspired their greatness. Death is the greatest challenge of all, and thus may be the greatest source of inspiration. The German philosopher Friedrich Neitzche expressed it well: “That which does not kill us, makes us stronger.” In some, the expression of that strength is the creation of great works of art. In others, it is a renewed appreciation for life, or a spiritual quest.

A life without an end would lose its mystery, and become mundane and filled with trivia. If there were no death, then we would be far less likely to ask, “What is the meaning of life?” In failing to ask, we would be more likely to stop trying to imbue our days with a sense of purpose. If we had forever to complete our mission, it is unlikely we would ever take the first step.

If we weren’t afraid of dying alone and without anyone to remember us fondly, then we would be more likely to ignore the rules and cultural expectations that keep our society humming. If death didn’t exist, there would be no ultimate sanction that would dissuade us from committing evil acts. The absence of death would make it more likely that we would wage endless wars on one another. Death helps keep us in check. And, it acts like the great leveler. It reminds us that, regardless of our status or our wealth, we are all united in this unalterable fact: we will all die. As Charles de Gaulle, the former President of France, said, ‘The graveyards are full of indispensable men.”

Finally, if we didn’t die, then the quality of life for everyone on the planet would deteriorate as our numbers outstripped the ability of earth to provide food and shelter. If we didn’t die, we would become like an aggressive cancer that is destined to destroy its host. In short, we must die so that others can live.
1 Comments

Makes a great case for death, taking into consideration the many subtle ways in which it actually is the driving force behind "life" !!
It inspires us to live a better, purposeful existence for all the right reasons,--------hmmm : food for thought indeed !!!!