“The Hourglass is a powerful, objective, unflinching, and yet profoundly empathic work. It is a must read for all those who seek to live life to the full, from start to finish. “

The image on the cover is the poster advertising the Lottery of the Union of South-west Moravia, 1912 (color litho), Mcuha, Alphonse Marie (1860-1939). It is used with the permission of the Mucha Trust and Bridgeman Images. 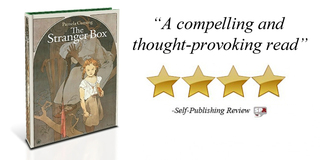 The Hourglass: Life as an Aging Mortal

In The Hourglass, Pamela Cuming invites us to contemplate how we can find the courage to age and to confront death as the runway of our lives gets shorter.
• How can we continue to find meaning in life when we already know the end of the story?
• What can we do to keep our inner flame burning bright when we grow old and have lost the spell of potential?
• What can we do to create a mindset that will help us fight back or continue to enjoy life when our bodies weaken and our health declines?
• Is it possible to love our aging bodies as we once loved our younger selves?
• How can we continue to love our aging mates when they grow short-tempered, and impatient and can’t play with us or interact with us the way they used to?
• What can we do to sustain the vitality of our relationship with our mate when we grow old and the strobe lights dim, lust wanes, and mating rituals are transformed into the bonds of friendship?
• What can we do to make sure that doctors and hospitals act in our best interest, and contribute rather than detract from the quality of our lives?
• How can we manage the inherent conflict between our own desire to remain autonomous and our childrens’ desire to keep us safe?
• Is there anything we can do to ease the transition between living as a totally mobile, independent being and a person who is dependent on the help of others?
• How do we avoid the conflicts that too often arise between our siblings when we come together to bury our last ramaining parent?
• How can we harness our creative talents or the talents of others so that they become an antidote to aging?
• How important are the presence of other people to our ability to age well?
• What can we do to help the ones we love die with few regrets and with dignity?
• What does it feel like to lose the love of our life? How can we survive the journey through the land of the shadows and emerge on the other side with our sense of self intact?
• How can we think about dying? How can we learn to accept that we will die, and therefore deny death its power to terrify?
• Is there a good way to die?

Through stories drawn from her own life and the lives of others, mingled with insights derived from philosophy, medicine and science, the author explores the answers to these questions. She presents a model that we can use to identify our unique way of embracing the joys and dealing with the burdens of growing old. Do we tend to maintain a positive outlook, or to despair? Do we fight back, or give in or give up? Are we optimistic? pessimistic? realistic? Are we resilient? adaptable? courageous? acceptant? Are we wise and balanced, or do we rage against the dying of the light?
The model provides a roadmap to guide us through the difficult passages of aging, dealing with the death of loved ones and even contemplating our own demise. In short, The Hourglass:Life as an Aging Mortal confronts Death and its precursor, Aging, head on.

Alienation, revenge, and redemption are the themes of The Stranger Box, a moving saga of a mother-daughter relationship. The daughter, Eden, born to a young actress, is abandoned to the care of her maternal grandmother and then adopted at an early age when the grandmother dies. As the story opens Eden is in her mid-teens, living in New York City with her dysfunctional adoptive family, the Denglers. Carolyn Dengler is depressive and beleagured. Robert is pompous, defensive, exploitative and ineffective. Their daughter is a spoiled daytime actress. Eden’s vain and self-obsessed birth mother has assumed the name Katherine Blair and wants no one to learn of her early indiscretion or Eden’s existence.
Not knowing who her parents were, Eden seeks solace outside of the dysfunctional Dengler family. In the role of housekeeper, a voodoo priestess adept at the art of both white and black magic becomes her first role model and beloved mentor. Later, Min Tan, a Buddhist and Chinese herbalist, becomes the sage who seeks to look after Eden’s soul.
Neither can save her when she is forced to run to avoid Social Services. She takes shelter in a community of society’s outcasts who dwell in the tunnels beneath New York’s Grand Central Station. The community’s feared leader, the Dark Angel, dubs Eden his Queen Lilith and insists she recognize him as the Son of Satan.

Determined and resilient, Eden traverses a maze of threatening events, confronting both good and evil, until she finally discovers the identity of her birth mother, and schemes to take back the family that was denied her.

Among the many early readers of the book was R.W. Goodwin, Executive Producer of The X-Files. He reflected the opinion of many when he said, “The Stranger Box is a real page-turner. Eden is right. Trust no one.”

The tension between good and evil is reminiscent of Patricia Highsmith’s Ripley series. The portrayal of the consequences of intense negative emotion on the outcome of a family drama is suggestive of Ian McEwan’s Atonement. Eden’s resilience, and her ability to emerge as a strong and resourceful adult inspite of a disastrous childhood brings to mind Stieg Larsson’s Lisbeth Salander.

The sudden death of her husband forces Pamela to redefine herself and rebuild her life while raising two daughters and keeping their business going. The journey is perilous as anxiety, despair and loneliness threaten to overwhelm. In the end, she emerges stronger and ready to once again embrace life’s adventures.

Presents the six kinds of power and ways to acquire more of each; your options for influencing the behavior of others; keys to communicating effectively with others; giving and receiving feedback; getting the information from others you need to make decisions; determining whether your organizational affiliation is a help or a hindrance.

Turf and Other Corporate Power Plays

“The fictional case study of a rising (corporate) star illustrates the challenges, confrontations and dilemmas that managers face throughout their careers. Those new to management, and those well along in their careers, are sure to find helpful ideas, insights, and practices.”
–John Carter, CEO
The Equitable Life Assurance Society