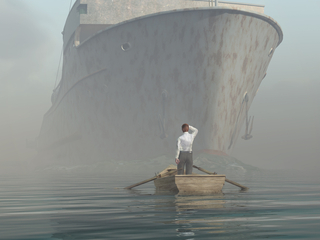 I have an acquaintance who is suffering from advanced ovarian cancer. The cancer has metastizeed and is now in her lungs, her liver, and her kidney. She is in constant pain. Finding it hard to eat, she has lost almost half of her body weight. Though a tall woman, she now weighs less than a hundred pounds. Over the last three years, she has exhausted every possible treatment option that the best of American medicine has to offer. When told by her doctors that there was nothing more they could do, she refused to give up hope.

She travelled to Germany to a clinic that offered a menus of alternative cancer treatments that are unavailable in the U.S.: radio-wave hyperthermia, mistletoe therapy, photodynamic therapy, insulin potentiated chemotherapy, Galvano Electro therapy, vaccines, and so forth. When the German doctors failed to halt the progress of her cancer, she booked herself into one of the sixty cancer hospitals and clinics operating in Tijuana, Mexico. The clinic she chose claimed that they had discovered a virus that would literally eat her cancer, thereby ridding her body of the disease. As I write this, she is still under their care, so I cannot comment on the outcome. Read More
Be the first to comment