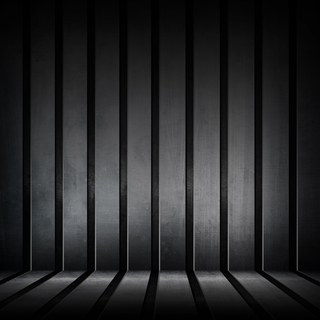 On my Facebook page devoted to my book, The Hourglass: Life as an Aging Mortal, I recently posted this quotation by singer-songwriter, Amy Grant: “I think for a woman, the hardest thing about growing old is becoming invisible. There's something very front and center about being young.” (https://www.facebook.com/agingmortal). The number of responses I have received indicates that “becoming invisible” is a widespread concern among we who are getting older.

It should be of concern. When we feel so insignificant that others fail to notice us, our self-esteem suffers, and our self-image shifts from a person who is empowered, who matters, who can influence events to that of a person who is exposed, vulnerable, helpless. Such a person whimpers and cowers, and panics at the least sign of trouble. They see no future, only life coming to an end. They grow despondent at the lack of expectation and act as though they are doomed and can do nothing about it.

Other seniors react differently. Rejecting passivity and refusing to admit they are vulnerable, they insist on being noticed. They become crusty, irascible, impatient, and critical of everything and everyone. Some go even further, becoming outrageous in order to avoid becoming invisible. That’s totally understandable from a psychological point of view. C.G. Jung explained it this way: “Sometimes you have to do something unforgiveable just to go on living.”

Younger people who are busy celebrating life find it hard to tolerate either the despondent whiner or the raging warrior. That intolerance often takes the form of avoidance, or even outright neglect. In fact, the most common form of elder abuse is not financial in nature, but neglect.

What is neglect? The dictionary defines it as “not paying proper attention.” To neglect someone is to disregard or ignore him or her. It’s to treat others as people who don’t matter; whose thoughts and opinions are irrelevant; whose lives don’t count. To neglect another is to reduce the physical, emotional and social stimuli in their environment. It is to leave them alone, unattended. It is to ignore their whines, and their rages. Borrowing the philosopher Gurdjieff’s term, it is to deny them “impressions.” In effect, it is to make them feel like they have been locked in a black room.

The Black Room is the title of a 1971 espionage novel by the science fiction writer Colin Wilson. It depicts the psychological and physical consequences of sensory deprivation. In his biography of the author, Gary Lachman explains the thrust of the book. “Being put in solitary confinement, and particularly, solitary confinement in a small space devoid of light, quickly leads to the erosion of the captive’s self image.“

While the book is fiction, it is based on fact. Studies of the psychological effect on prisoners of spending months or even years in solitary confinement indicate significant levels of depression, anxiety and paranoia as well as an increase in the likelihood of suicide or murder.

In 2008, the BBC aired a show entitled Total Isolation. It described a study in which four men and two women volunteered to spend forty-eight hours alone and in complete darkness in a cell inside a nuclear bunker. Half reported experiencing auditory and visual hallucinations. Snakes, oysters, tiny cars and zebras crowded their deprived brains. In tests performed after the experiment, all the volunteers had trouble completing even the simplest task. Their memory capacity had worsened, in one case significantly. Most were far more suggestible than they had been before the confinement. One of the volunteers said this of the experience. “"It's really hard to stimulate your brain with no light. It's blanking me. I can feel my brain just not wanting to do anything."

His brain did not want to function, and yet he was being confronted with an enormous mental challenge. As Gary Lachman explains, “Within its pitch-black silence, there is nothing to distract you from yourself, from your consciousness.”

We are forced to think about the meaning of life, and even the purpose of our own existence. A few are able to regard these times as opportunities for growth. One person commented on my Facebook Hourglass page: “For me, aging has become another layer of knowledge, experience and spiritual clarity. There are brief moments of being invisible regardless of age. For me, that is when the creative juices emerge.”

I believe she is in the minority. For most older people, having to ask the question “Who am I?” or “Why am I?” constitutes an enormous challenge. Death is no longer an abstraction, but a pending reality. In youth, those who stop to contemplate the meaning of life do not have the same kind of urgency that older people do when death draws nearer. Contemplation is then mixed with anxiety, or even fear. That makes us even more desperate to get out of the room, and to surround ourselves with stimuli or “impressions” to distract us. We need to communicate with others in order to reaffirm who we are as individuals and to try to avoid having to answer the question why we exist..

Colin Wilson was well aware of this dynamic. When we are rendered passive and unable to communicate our wants, needs, ideas and feelings, our self-image shrinks or gets blurry. In Wilson’s terms, when this happens, we are “demoted.” We become demoralized. We lose sight of our values, and even our sense of who we are.

Unfortunately, everyday life for an older person can feel like being demoted, stuck in a black room. I am remembering the sight of a frail old woman sitting in the darkened corner of her unlit room in the Western Australian nursing home I visited when looking for a place for my mother. It was dusk. There was just enough light coming in from the edges of the drawn curtain so that I could make out her form. I could see that her eyes were open. She looked at me, but she saw nothing. We had intruded upon her privacy, and yet she didn’t respond. I shuddered as we left the room, and shut the door behind us.

As that woman showed me, the feeling of being isolated can exist even when others are around. As Carl Jung expressed, “Loneliness does not come from having no people around you but from being unable to communicate the things that seem important to you.” That is why ageism and stereotyping are so heinous; they make it difficult or impossible for others to understand or really get to know an older person. In effect, they constitute the lock and key to the black room.

Just consider the terms used to describe older people: dirty old man, smelly old lady, crusty old man, crotchety old lady, curmudgeon, old phart, old fogey, old fuck, geezer, crone, codger, dotard. Attractive, aren’t they? Don’t forget the old fool and the old fuck. To be called a “fuck” is an insult at any age. To be called an “old fuck” is tantamount to declaring someone as undesirable as excrement on the bottom of a shoe.

These stereotypes are all examples of negative ageism at its worst. Several studies have proven that older people who are exposed to negative stereotypes experience a significant increase in blood pressure, had worse functional health over time and did not live as long. Further, these people did not perform as well on memory and balance tests as did seniors who were not subjected to this kind of psychological abuse.

The deleterious effects were even evident when the stereotypes were less heinous. One study discovered that when nursing staff spoke to dementia patients as though they were young children, the patients demonstrated depression, lowered self-esteem and began to manifest more withdrawal behaviors.

Even subtle ageism has a negative effect on the well being of seniors. People who protest they have only positive feelings about the old are often guilty of being overly solicitous and of patronizing older adults. The thirty-something woman who comes every other week to help me with the house cleaning has a problem with this. On more than one occasion, she has said to me, “Your husband is adorable. I mean, he’s so cute!” My husband is neither adorable nor cute. He’s a brilliant seventy-nine year old anthropologist who rages against the dying of the light. He is so articulate, and knowledgeable that others of all ages seek him out. He has a hard time “disappearing” even when he wants to do so.

We could all benefit from taking a page from his book. As seniors, we can fight the tendency of others to neglect us, or to render us invisible. We need to be willing to assert ourselves; to let others know what we need, how we feel, and what we think. We can do this without putting them down or devaluing them as people. We can do this without behaving like “old pharts” or ”old crones.” We can fight invisibility by staying relevant; by keeping up with the times and even by staying abreast of new technology. We can work to stay connected, and in the flow. We can make a statement in the way we present ourselves.

In short, we can stay visible by refusing to let the stereotypes of age demote us. We can continue to affirm our value and worth as individuals, not in spite of our age, but because of it. It’s easier to do that if we think like Eleanor Roosevelt who said, “Beautiful young people are acts of nature, but beautiful old people are works of art.”